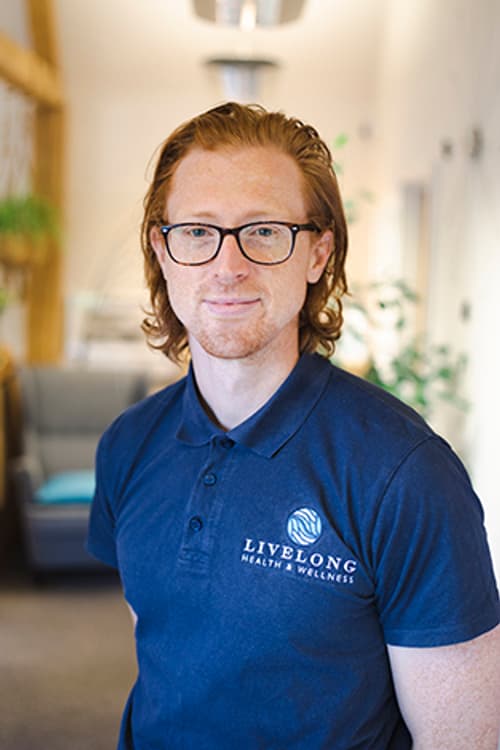 Paul has worked with numerous clientele, from Olympic athletes and Premier League Football players through to individuals getting back on their feet following surgery, or those with ongoing conditions that inhibit their ability to take part in everyday activities.

Paul qualified from Glasgow Caledonian University in 2010 specialising in lower limb podiatric biomechanics. He is registered with the Health Professionals Council, the professional regulatory board of all therapists as well as being a member of the Society of Chiropodists and Podiatrists.

Paul began his career playing for Ipswich Town Football Club, which came to an abrupt end after fracturing and dislocating his own ankle during a match. Subsequently, he spent a lot of time with both podiatrists and physiotherapists who aided his rehabilitation and he came to understand the importance of the foot and ankle in relation to the structure and stability of the limb.

Following graduation, Paul spent time working in China before returning to Suffolk where he now works alongside professional bodies in sport including British Athletics, England Rugby and elite level professionals in Football, Cricket and other sports.

Paul's main aim is to promote movement, helping patients to move freely and comfortably to allow them to live their lives and be able to do whatever they want to, or used to do! Paul assists many patients who suffer from hip, knee, leg, ankle, foot and back pain. Podiatry is so important as a preventative therapy too so Paul often treats patients who would like to enhance their general performance and health.

Need to speak with Paul?

Use our live chat and you'll be speaking directly to Paul when available. You can also continue the conversation by email if you don't have much time!